Got A Minute? 3 little words that kill productivity

Comments Off on Got A Minute? 3 little words that kill productivity 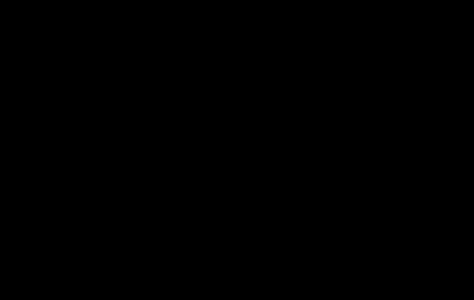 A constant stream of interruptions all day long can make it hard to get much actual work done. But it’s possible to take your time back.

FORTUNE – Dear Annie: I work in an office that used to be a “cube farm,” which was noisy and distracting enough, but now we’ve gone to an “open plan” layout where there are no walls at all between workstations. This is supposed to make collaboration and teamwork easier, but some people seem to think it means they can bother co-workers at any time with any dumb little question or the latest tidbit of office gossip or whatever.

The problem is, with the constant flood of emails, texts, phone messages, and now in-person interruptions, it’s almost impossible to concentrate for more than a minute or two. I like my boss, but he’s the biggest distraction, dropping by my desk five or six times a day to, as he says, “check in.” Can you suggest any way to tell people (especially the boss) to buzz off, without being rude about it? — At Wit’s End

Dear A.W.E.: You’re not the only one struggling with this. Consider: Almost 70% of senior managers say “the overwhelmed employee” — bombarded with information and interruptions all day long — is an “urgent” or “very important” drag on productivity, according to the 2014 Human Capital Trends Study from Deloitte Consulting. Drawing on a poll of about 2,500 managers in 90 countries, the report says that only about 4% of companies have so far come up with any kind of policy or program to address this.

Since your employer doesn’t seem to be one of those few, it’s up to you. “When someone calls or drops by and says, ‘Got a minute?’ it seems so reasonable,” notes Ed Brown, author of a forthcoming book, The Time Bandit Solution: Recovering Stolen Time You Never Knew You Had. “But once your train of thought has been disrupted, it’s very hard to get that momentum back. Often, you have to start a task over from the beginning, which is a big waste of time and causes even more stress.”

Brown is co-founder of Cohen Brown Management Group, which has done time-management consulting for financial services industry clients like Merrill Lynch, Citibank C -0.52% , and Prudential PRU 0.44% . He says that at many big companies between 40% and 60% of people’s time gets frittered away on distractions, especially from colleagues he calls time bandits. “Bosses are often the worst offenders,” Brown observes, “because you feel you can’t say no.”

Or can you? Since it’s a safe bet that most, if not all, of your coworkers would also like to cut down on distractions, Brown suggests you all get together and agree on a system of what he calls Time Locks — blocks of time at specific hours during the day (say, 2 p.m. to 4 p.m.) when you can focus on the work you’re supposed to be doing.

Getting everyone to agree to this takes some negotiation, Brown acknowledges. But convincing your officemates to make up a schedule with blocks of interruption-free time is often “a simple matter of going over the benefits to each of you,” he says. Brown has seen teams and departments try it for a week or two and get so much more productive, and less stressed-out, that they’ve made Time Locks a permanent fixture.

Moreover, Brown says, getting your boss on board and persuading him to limit his “check-ins,” as you say, “is not as risky as people think it’s going to be. The key is to emphasize that, if you can focus exclusively on your work during certain hours of the day, you’ll be more productive, and it will help him meet his own deadlines. Time Locks are really to the benefit of managers, because bosses pay for the interruptions they cause, whether they realize it or not.”

What if he keeps “checking in” anyway? Then it’s time for Plan B, described in detail (with a script, no less) in The Time Bandit Solution. Suggest a time to get together and talk after you’ve finished what you’re working on. Brown’s own subordinates, all Time Lock devotees, usually make appointments to sit down with him, saying something like, “I’ll be working on the Ostrich project until four o’clock. Is it okay if I call you then?” As a manager, he says, “it would be foolish of me to interfere with their productivity.”

Maybe so, but Brown acknowledges that he’s seen a few bosses who just can’t or won’t honor Time Locks. If yours is one of them, “unless you’re independently wealthy, simply drop what you’re doing and say, ‘How can I help?’”

One more thought: Taking back control of your time may mean changing some of your own habits. Deloitte’s research shows that the average attention span among businesspeople now is about seven minutes — in part because the average person checks his or her cell phone almost 150 times a day. If you decide to try Brown’s approach to banishing interruptions, you might want to turn off your phone during your Time Locks, too. It’s worth a try.

Talkback: If you’ve tried to cut down on distractions at the office, what has worked for you, and what hasn’t? Leave a comment below.